A couple of weeks ago, I wrote a blog article on here, regarding Westcombe Engineering, after which, I was contacted by Mr Michael Fletcher.

Mike was previously a Conservative City Councillor and is recognised as one of the individuals who helped save the service, a few years ago, when it faced the threat of closure.

Here’s what Mr. Fletcher had to say ……

“It is good to see that Westcombe are still in existence and providing work for the disabled workforce. But let us not forget that some years ago the Conservative administration at the time were hell bent on closing the facility in the same way in which they put many disabled people out of work by closing Westcombe print works.

“At the time Westcombe engineering was saved from closure by myself with assistance from the late councillor David Thorpe.

“Having formed a new company and after negotiation we were able to take control of the business. In return for saving the works and jobs we expected the existing site management and council officers to all pull together and make a success of our initiative.

“How wrong we were, we found that components were being sold at far less than the cost of production. Ordering sequence of aluminium castings was non existent to such an extent that machinery and the workforce often stood idle until an emergency delivery arrived. Completion targets were rarely met.

“Customers were treated as insignificant to such an extent that we received a letter from one asking if we wanted his work or not. One particular order never went into production ‘because the client had not chased it up’.

“In fact it was an unbelievable situation and typical of how the council operates. On the first day, the council took away a van that had been purchased for Westcombe by means of a grant. Left with no means of delivery for that day’s production I provided a large transit van which was used by Westcombe for several weeks until I sold it to Westcombe for £2k less than market value.

“I also provided £15k of funding by way of an interest free loan.

“David Thorpe and myself quickly realised that the site management would have to be replaced. To this end we hired an experienced business manager and an engineering manager. We then found that as the existing management staff were employed by the council and seconded to Westcombe with us paying the wages we couldn’t sack them.

“Apart from this we also found that the site managers and certain council officers were actively working against us with, as we thought, the intention of making the business fail.

“To add insult to injury the council gave the site managers a backdated pay rise and charged us for the privilege, all done without any consultation whatsoever.

“Then we found they had a ‘comfort fund’. This was the proceeds of faulty castings sent for scrap with the money being placed in a bank account to be divvied up by the managers for meals out and their own personal benefit.

“All done with the knowledge of certain council officers within City Services.

“This resulted in a police enquiry and the sack for those found guilty. Not one council officer was charged!!

“There is so much more that could be told but the eventual outcome was that myself, David Thorpe and Mark Stembridge had an appointment at the town hall to, as we thought, sign a lease for the premises.

“We were conned into believing this was the intention, but on arrival we were told the
council were taking back control of Westcombe. We were then forced into winding up our company.

“The council then put into Westcombe a bunch of consultants at goodness knows what cost who after some years did not even know they were supposed to account for VAT being charged on goods sold.

“When this came to light it was reported that the council had to stump up £500k.

“The excuse was that all income went into a central pot and they were not used to paying VAT. For this kind of stupidity the head of finance is paid upwards of £200k.

“Did they have to pay interest and a penalty like any other business would have had to? No one outside of the council knows.

“What is the situation now. Who has paid for the new machinery? Can they produce bona fide accounts to prove profitability? It would certainly make for interesting reading.”

What’s YOUR thoughts on what has been said above? Feel free to drop a comment below and let me know! 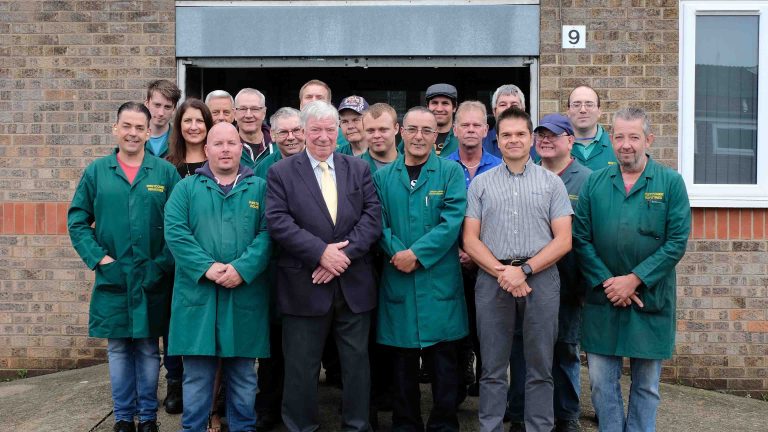 In 2007, it was reported in the local media, that the Conservative controlled City Council, here in Peterborough decided that Westcombe, had become a financial drain, and it announced plans to wind-down the facility.

This would have seen 21 disabled and four able-bodied workers lose their jobs.